Adelaide is blessed with not having freeways running through it. We came close but thankfully escaped that fate. There is a designated ring route around the city but it is a normal, yet wide, street with multiple lanes. There are no flyovers or highway junctions, just regularly spaced traffic lights.

On parts of the ring route, the streets are residential. Robe Terrace in Medindie is one of them. The houses along that street are generally large turn of the century mansions. Once upon a time, the residents lived pretty much on the ring route. However, a few years ago, the position was changed and service streets were built along there with large walls or bushes used to block the noise from all of the traffic.

In most places, the service streets are not through routes which means that once residents are off the ring route, they have a quiet route leading to their door step or driveway.

Another great thing about service streets is that they can be used as a designated cycle route. Currently, the ends are blocked with obstacles in the form of bollards, walls and shrubbery.

Nevertheless, they cover a pretty decent uninterrupted portion of the city ring route around North Adelaide. Here they are shown in red: 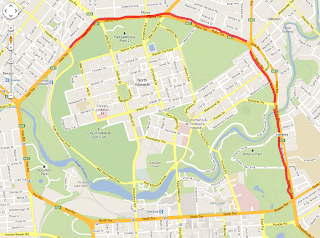 If you start at the Wine Centre on the corner of Hackney Road and North Terrace, you have the space that is currently car parking: 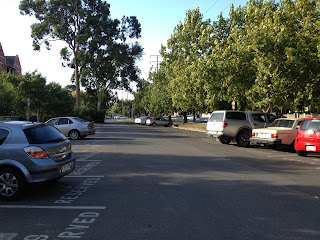 That continues alongside Botanic Park where there is plenty of space: 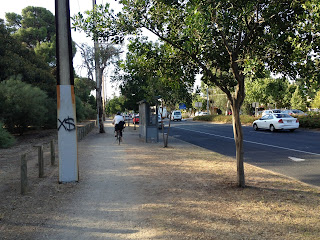 You then hit the bridge over the Torrens. That clearly requires a bit of remedial work. Indeed, a separate bicycle bridge would work best: 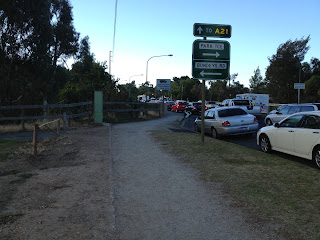 What's good is that it intersects with the Linear Park shared path. In this next picture (taken from the bridge), you can see a cyclist dressed in fairly typical Australian cyclist attire: 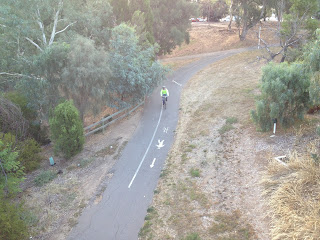 Then you hit the intersection with Bundey's Road which also requires a bit of remedial treatment to turn it into a friendly intersection: 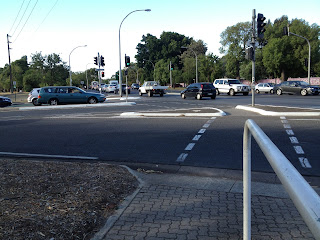 Beyond Bundeys Road, there is space to move away from the road: 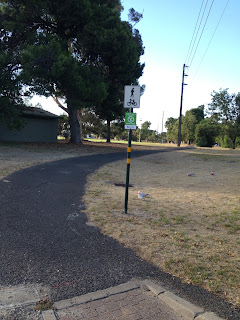 and then join Mann Terrace: 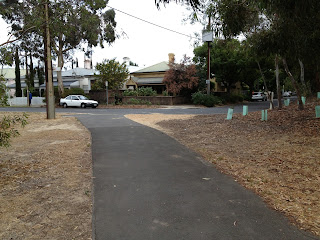 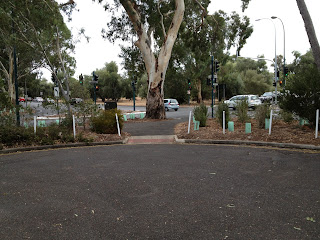 and carrying along Mann Terrace. The route then crosses Robe Terrace: 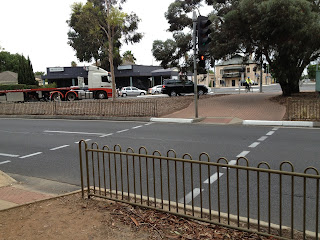 and uses the service street to travel west along Robe Terrace: 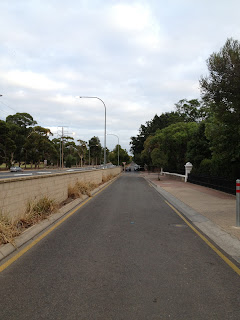 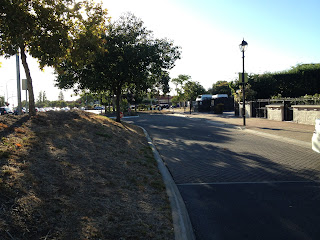 And so it continues.

The space is there. All it needs is the little joined up bits to be fixed. Improve the intersections, remove the obstacles and close off the entrances that allow the service streets to be used as rat-runs, especially by Wilderness School mothers in their Lexus 4WDs.

Turning service streets into part of a joined up cycle network is easy. To see how, look no further than Bicycle Dutch:

On the rest of the ring route around the city, with a bit of imagination, you could easily find space to continue a wide uninterrupted bi-directional path. There are service streets along Fullarton Road (as well as the parklands) and the same applies to Greenhill Road. West Terrace already has a path (although it is too narrow) but it is not connected to anything.

Update (18 May 2014): I found this by accident when playing on Google Streetview (as you do). It shows how a service street connects with a two way cycle lane; for example, at the end of Mann Terrace in the picture above. It is on Gordelweg in Rotterdam : 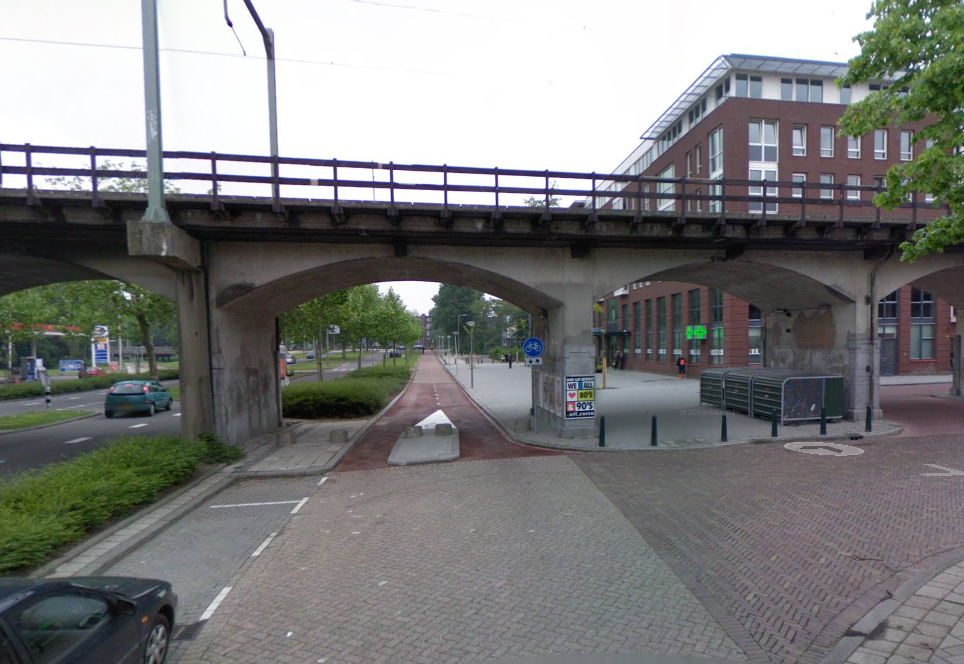 The crossings at Melbourne Street and joining Mann Terrace have been widened and improved so you can sail through them without slowing down rather than feeling like you're on an obstacle course. The improvements are part of updates to the Parklands Trail and there are plans to include off-road bike lanes along Hackney Road as part of the O-Bahn extension.