Ahead of the pack

A recent article, that made it to the front page, told a lot of us what we already knew - that for some routes in the morning rush hour, it is quicker to ride a bike. The RAA tested four routes using a car, bike, bus, train and tram and on three out of the four, it was the bike that was quickest - by a fair margin.

The testing was actually quite vigorous. This was how it was described on the Adelaide Cyclists forum:

The experiment and subsequent report was produced really with the type of person in mind who has considered using alternate modes of transport for their commute into work but who has never gotten round to actually doing so. I appreciate that there is likely to be some scepticism around the results, but I can assure you all that our aim was to be as fair and objective as possible within the experiment. For instance, the start time for each survey varied to accommodate the departure times for public transport, but were generally between 8-8.15am. We picked start points according to where public transport infrastructure (train/tram) was in place, but with a distance of no more than 10km away from the city. I appreciate that many people live more than 10kms away, but one of the considerations that we had in the report was for people who may wish to consider driving to a park n ride and then cycling the rest of the way to their destination. I think that Glenelg, Mitcham and Paradise offer an ideal case in point for this option. In some cases (Mitcham and Paradise) it is possible to drive/cycle and get to the city quicker than just driving the entire journey.


Given that the bike was fastest 3 out of 4 times, the question then is why we do not have a more balanced use of the different modes available. Again, I think the RAA hits it on the head when they say:


Such a statement is intuitively correct. It is where the work is needed.

The newspaper report of the experiment led to a couple of interesting comments on the radio that morning. One was:

it's 80 km from Gawler to Seaford. When are people going to realise that cycling is just not viable for some?

The speaker chose the suburb furthest to the north and the one furthest to the south to make his point. Of course nobody would ride that distance but very few drive it either. I should add that both suburbs are served by trains.

Also, the presenter who said that commutes every day by car from Unley to the CBD - a distance of about 3km. Not just bikeable but walkable. He has every right to drive that distance every day - nobody is stopping him - but his neighbours might give the alternative some thought.

Progress will not come from radio presenters it seems.

I actually think, like most things, it will come from people and businesses. There is a whole movement of people quietly doing their thing to effect positive change in all sorts of areas.

We have all heard of the local company 'On The Run'. They seem to own every second petrol station in the entire metropolitan area and they load them up with all sorts of franchises so that when you walk into the shop, there is no end of things on offer. 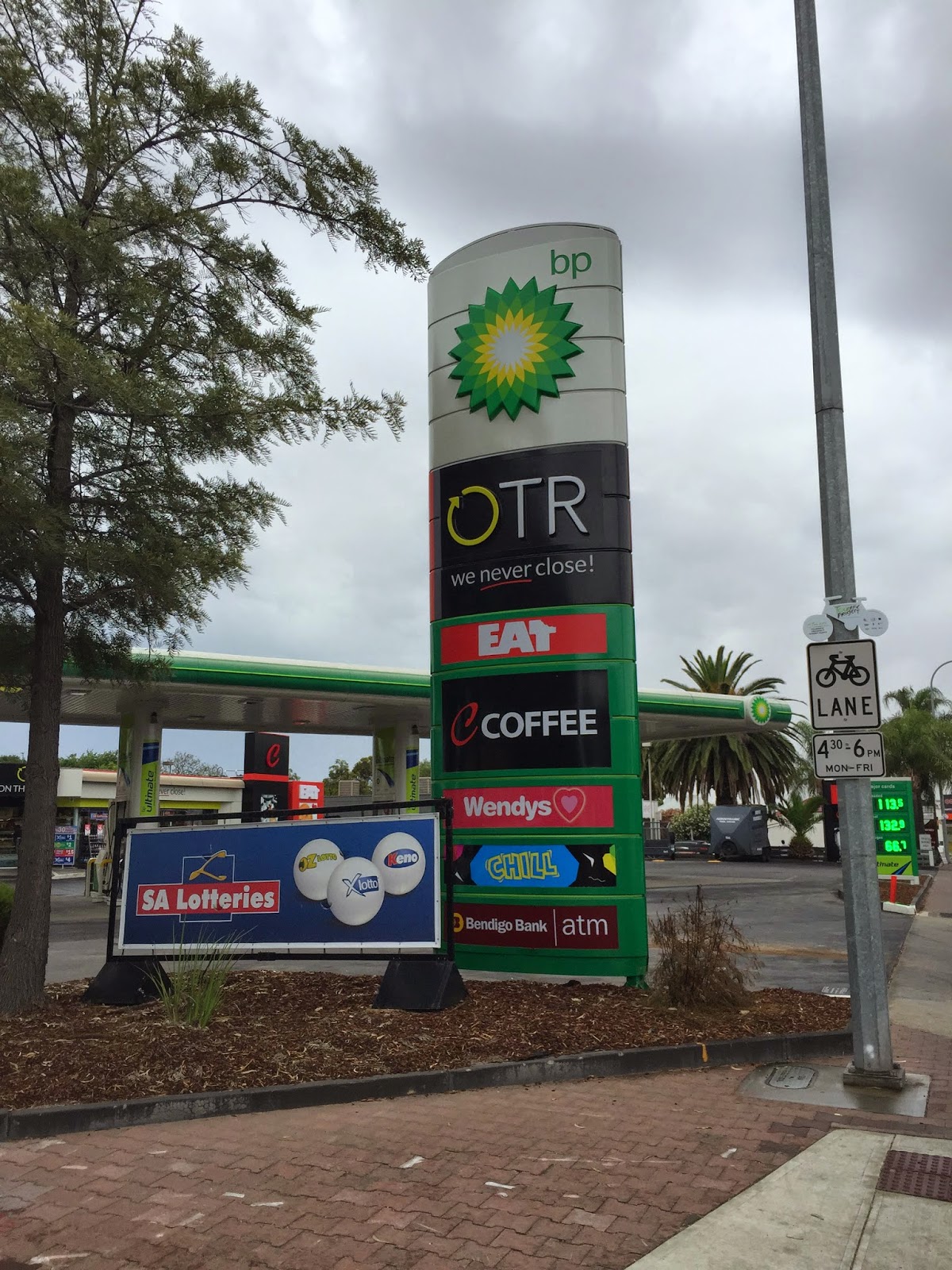 I remember growing up when at night and on a Sunday, the only thing open was the local servo and the choice was woeful. And what little there was available was overpriced. These people changed all that with a simple and genius business model. They have done very well out of it and good on them.

I an willing to bet that they will be the first chain of petrol stations to install bike service stations of the type you find overseas where you can pump your tyres, fix a flat, oil your chain or give your bike a clean. I bet they will also lend you allen keys and tools to remove your tyres without charging you. 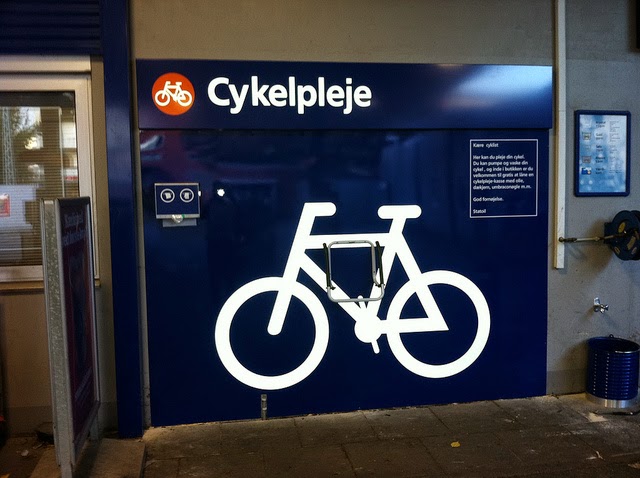 (I borrowed this from Copenhagenize. The picture was taken by Mads Odgaard)

The payoff for them will be more customers coming through the shops and more likely buying overpriced bottles of water. But it will also mean that like the RAA, they get it and they understand that their business comes not just from people in cars. Business owners who forget that are missing out on a lot of valuable custom and radio presenters and others who constantly gripe about changes to the use of roads are doing them a disservice.