The latest South Australian cycling-friendly innovation was to introduce two of the recommendations of the citizens' jury. They were a one metre passing rule and allowing people on bikes to ride on footpaths. Despite the extensive public consultation at the time, it still came as a surprise to some - mostly radio hosts for some reason. Despite a (very) few vocal howls of protest, the regulations were introduced and the world did not stop turning.
Not only that but progress is slowly being made on the famous Frome Street bikeway. Councillor Anne Moran was on the radio the other day and she said the thing has to be finished. As she correctly said, at the moment people ride along it in safety only to find themselves disgorged into traffic just when protection is needed the most. Just what form the extension will take and how long it will take remain to be seen. Although Adelaide City Council did release some nice pictures of what it could look like: 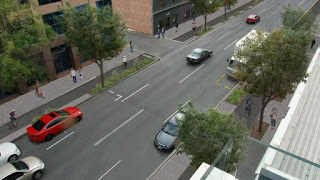 (Note the totally wrong treatment at the side street. The pathway and bike lane should be continuous to reflect give way rules)


While we have been introducing new regulations that make it the law to show consideration and also recognise that some roads are so awful that the only sensible thing to do is ride on the pavement, the rest of the world is moving along nicely.

They have been a long time coming but London is building its new separated cycling highways - one east-west and one north-south (with more to come):

I'm fairly certain they will be a game changer. 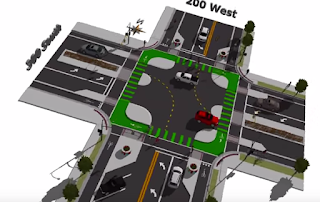 Another U.S. city, Seattle, in the time it has taken for us to build half of one protected bike lane has completed seven. It persisted through a series of negative newspaper editorials until the voice of the people was heard and they voted 56 percent to 44 percent in favour of a property tax increase that will spend $65 million on a 50-mile protected bike lane network and a 60-mile neighborhood greenway network over the next nine years. 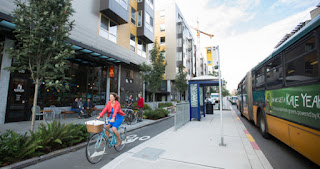 Canada's cities continue to leave ours behind. A mate of mine was there recently and sent back pictures of Toronto: 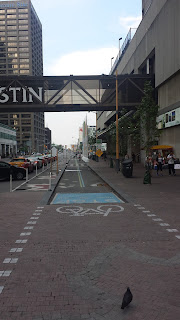 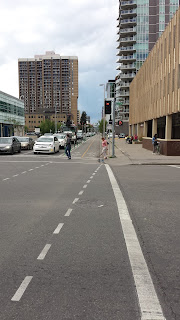 We all now know about Calgary's pilot city cycle network. By all accounts, it is going great guns: 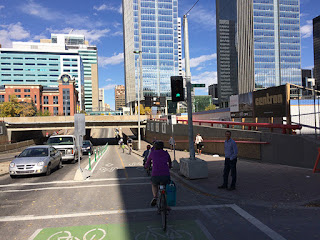 And if you need any more ideas or guidance on how to get things right, the Massachusetts Department of Transportation has released its own Separated Bike Lane Planning & Design Guide that could be transplanted here almost overnight: 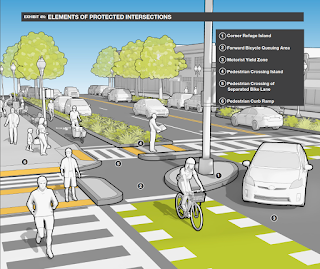 While all that's going on, we're still spending large wads of cash on new freeways. We've finished the elevated "superway" over Grand Junction Road for a cosy $842m: 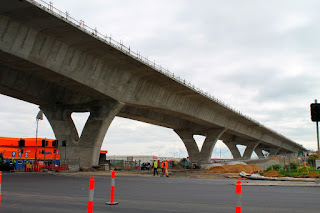 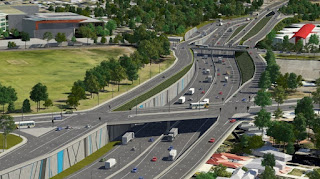 along with the Torrens to Torrens section (at $896m).

It is interesting that at the same time, Utrecht in the Netherlands has just removed an urban freeway to bring back the original canal:


and Vancouver has also voted to knock down what remains of its 1970s freeway system. Just as Vancouver (along with many other cities around the world) ends an era of highway building, we are just starting on ours with a price tag that will be in the billions.

It's a long road ahead.